The Gospels and Why They Differ Sometimes 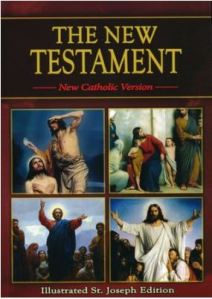 Interesting (though not authoritative) information about the Gospels is contained in commentary in The New Testament, New Catholic Version, Illustrated St. Joseph Edition . Mark is generally believed to have been written first, about 70 AD and Matthew and Luke a couple of years later. Mark is seen as a source for both Matthew and Luke since “…of the 661 verses in Mark, 600 are found in Matthew and 350 in Luke.” (Page 17 of the NT referenced above.) According to that same source, both Matthew and Luke, “complete or correct his (Mark’s) Gospel in light of information available to them and according to the needs of their readers.” (Page 68)

One of the simplest edits St. Matthew made to the verses taken from St. Mark’s Gospel is frequent, but not always, use of “Kingdom of Heaven” instead of “Kingdom of God.” It is generally believed that he did that because he wrote for a Jewish audience that did not speak the name of God. The phrase “Kingdom of God” appears 31 times in Luke (written to a gentile audience), 14 times in Mark, and only 5 times in Matthew. For example, from the Parable of the sower:

Given that brief introduction to one aspect of comparison of the Gospels, a side by side look at the same parable as recorded in Mark and in Matthew may be interesting for reflection and meditation. 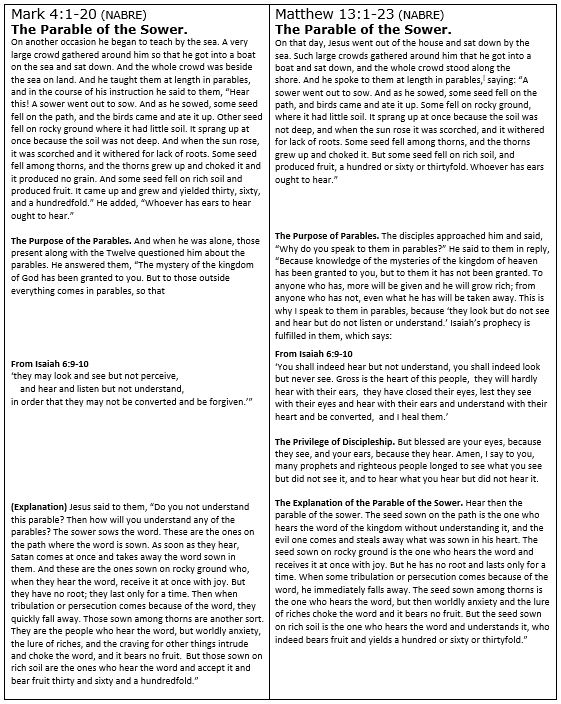 For reference, here is how the NABRE translates Isaiah 6:9-10:

Enter a word to search this blog.